​With roots dating back three generations, Blue Grass provides you with the products, services and knowledge you need to make your next landscaping project a success. 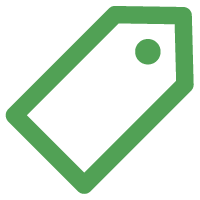 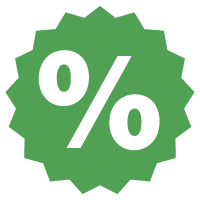 Blue Grass doesn’t just take care of plants. We take care of you, the grower, the caretaker, the steward of all things natural.

There’s a little bit of magic in creating an outdoor oasis. At first, the vision is hazy, a mirage of what might be. But when you come to Blue Grass, the shape of your vision becomes clearer. The improbable becomes possible.

Through our commitment to great service and quality plant material, Blue Grass has grown from a small family business to one of Alberta’s largest tree and sod producers. Blue Grass remains a family operation, and the tradition will continue for generations to come. For us, there is no better investment in the future than to plant a tree for our children and theirs.

Blue Grass is a third-generation family business, dating back to 1950 in Manitoba when Grandpa Bert McEwen first started harvesting native pastureland for developments in Winnipeg.

In 1969, the Calgary Housing Authority began requesting sod for its projects. Always looking for new markets, Bert’s son Bill Sr. and daughter-in-law Gail purchased 155 acres of native pastureland in Red Deer, choosing this location due to its good soil conditions and higher than average rainfall. While Bill Sr. completed the construction of Maple Ridge and Silversprings Golf Courses, Bert managed the farm and moved toward producing a registered nursery-grown turf.

After extensive research, a blend of 80% Blue Grass and 20% fescue was decided upon. By 1976, the entire property was in production with premium Blue Grass sod. Although the cultivars have changed over the years with the introduction of dwarf Blue Grasses and hardier varieties, the original mixture has become the standard that most quality turf is measured against.

Today, Blue Grass is much more than a family run business with more than 200 employees across central Alberta. We’ve grown to two locations, one in Calgary and the other in Red Deer with multiple sod depots throughout Alberta. Bill’s sons have now taken over the reins from their parents, with Bruce overseeing the production of the sod in Red Deer and Bill Jr. managing the distribution outlet in Calgary.

We’re constantly growing our skills and knowledge to better serve our customers and provide you with all the products and services you need for landscaping projects of any size.

Not only have we found the right blends of sod, trees, and plants for our growing conditions, we have also cultivated a highly trained and skilled staff that can help you get the best products for your needs.

We continue to invest in the right technology and equipment for the job to make sure our work is as precise and efficient as possible.

As our climate and customer demand changes, we conduct extensive research into tweaking our existing sod varieties and tree selection to be a leader in the market.

Stay in the Know

Sign up today to receive exclusive deals, advanced notice of events and promotions, and newsletters full of gardening tips, and more.

What started as 155 acres of native pastureland in Red Deer dedicated to sod has expanded into over 2,000 acres of sod fields around Red Deer, Irricana, and Markerville, as well as over 250 acres of caliper trees in central Alberta. Blue Grass has nurseries in both Red Deer and Calgary, serving residential and commercial companies with high-quality trees, sod, and landscaping products.

To help us improve your online shopping experience, please select a location: